Past Concerts 2011 to the present (click the year, below right, to navigate back from the most recent) 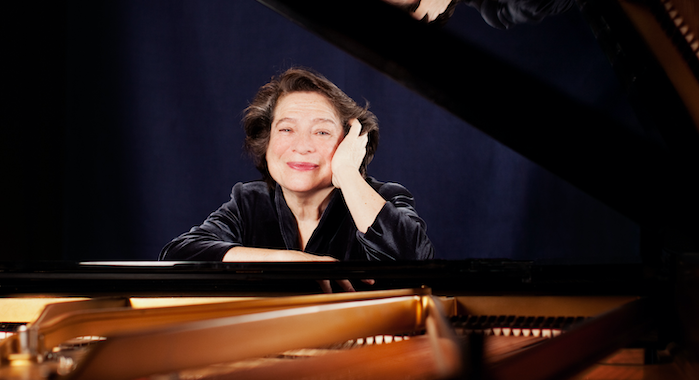 Elisabeth Leonskaja has long been ranked among the most celebrated pianists of our time. Mentored by the legendary Sviatoslav Richter until his death in 1997, she began her career precociously with prizes as the Enescu, Marguerite Long and Queen Elisabeth International Piano Competitions whilst still a student at the Moscow Conservatory. Born in Tbilisi, Georgia, to a Russian family, Elisabeth Leonskaja left the Soviet Union in 1978 and made her new home in Vienna. Her sensational performance at the Salzburg Festival in 1979 marked the beginning of her steadily growing career as a concert pianist in the West. In her second homeland, Austria, Elisabeth Leonskaja is an honorary member of the Vienna Konzerthaus, a recipient of the Austrian Cross of Honour for Science and Art, First Class, for her outstanding service to the culture of the country (the highest award for culture in Austria), and in Georgia, she was named Priestess of Art in 2016, this country’s highest artistic honor. In 2020 she received the International Classical Music (ICMA) Lifetime Achievement Award.

In addition to her many solo engagements, chamber music remains an important part of her work. She has performed many times with string quartets, such as the Belcea, Borodin, Artemis and Jerusalem Quartets. She also had a longstanding musical friendship with the Alban Berg Quartet, and their piano quintet recordings are legendary.